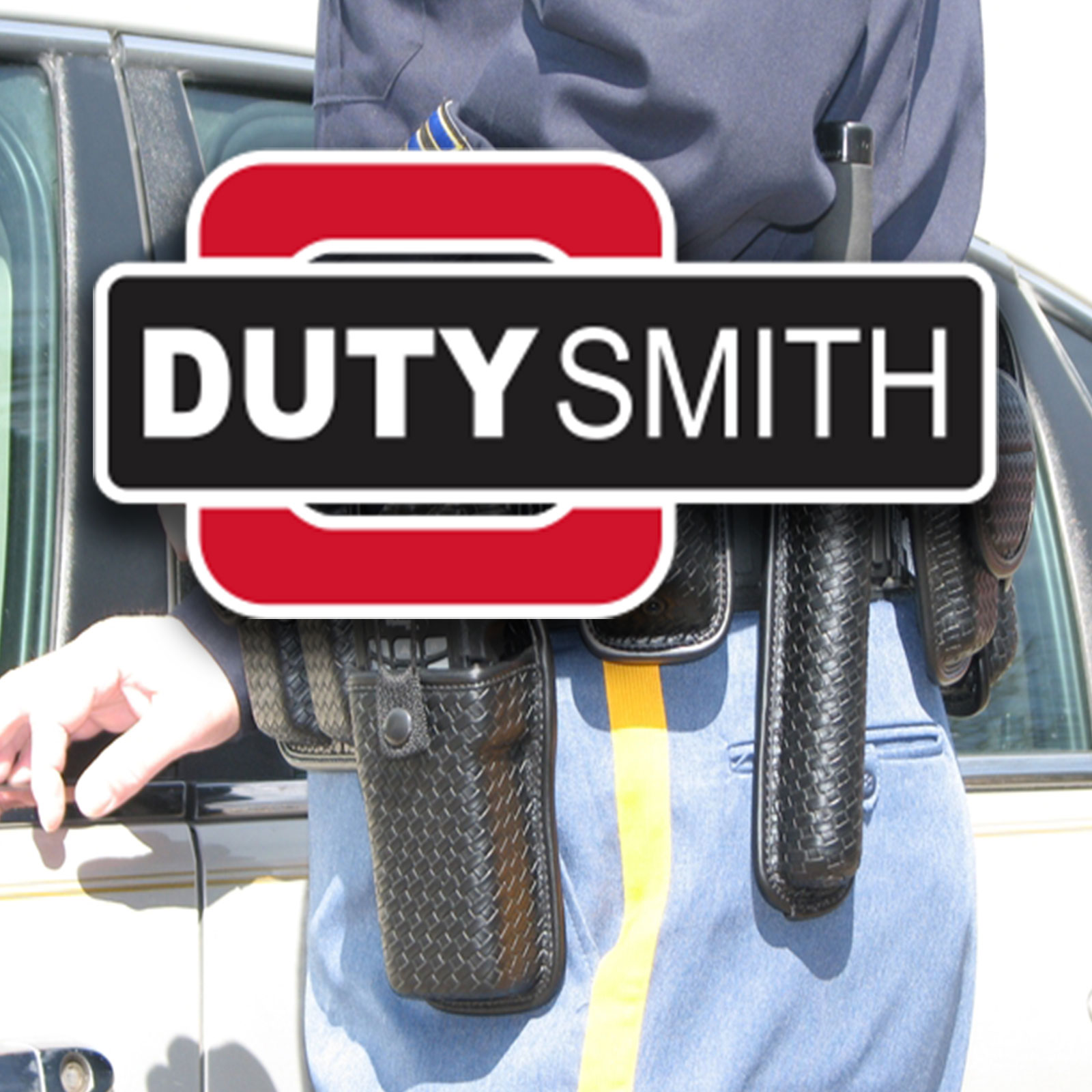 Duty gear belts have pretty much stayed the same for decades—until now.

The DutySmith SpeedSet gun belt system revolutionizes the way gear and gear holders are mounted and moved on a gun belt. This system allows you to move cases and holders easily and securely. This lightweight gun belt system will change the way you mount, organize, and arrange your gun belt.

What makes the SpeedSet gun belt so different is the end-to-end mounting system. The belt features a flexible metal rail system. This rail system allows you to move or add holders and accessories without removing the belt.

As an added feature, the front buckle securely attaches to this rail system, opening up extra room for equipment in front that is normally occupied by the overlapping end of a traditional belt. In some cases, this can add up to 8” of extra belt space. That extra space means you don’t have to sit on your cuffs anymore!

Easy On, Easy Off

The rail system on the DutySmith SpeedSet gun belt system is what makes it so convenient. In the past, you needed to take off your belt and move your baton holder, handcuff case, and flashlight ring just to move your radio holder. That’s no longer the case. The SpeedSet rail system allows you to simply lock accessories into the exact place you want them, all without removing your belt.

When you want to move or remove an accessory or piece of gear, you only need to unlock and remove the case—all while leaving your belt on—you can even move gear when you’re sitting in your vehicle.

The DutySmith SpeedSet gun belt system is built tough enough to stand the rigors of the job. The mounting system securely locks accessories into place. The locking mechanisms are designed to withstand the stresses of gun belt gear. To ensure secure placement, there are also small ribs on the inside of the belt that add locking enforcement.

Because the locking mechanism eliminates the need for accessory loops, it also gets rid of those annoying “pinch points,” where traditional gear holders bunch up and create discomfort.

The Future of Gun Belt Systems

Gun belt technology hasn’t changed much in the past 100 years. About the biggest change has been the migration from leather to nylon—until the DutySmith SpeedSet gun belt system. It offers flexibility, customization, and dependability for your gear holders and accessories. This innovative gun belt system eliminates accessory movement and loop pinching, and it frees up over a half foot of usable space in front.

The easy on, easy off feature means you can readily change your belt to fit any situation. And it’s even industry-standard 2 1/4" wide.

Upgrade your gun belt system to the 21st century with the a SpeedSet gun belt system. Choose from a variety of accessories to add to your SpeedSet belt—baton holders, handcuff cases, and radio holders.